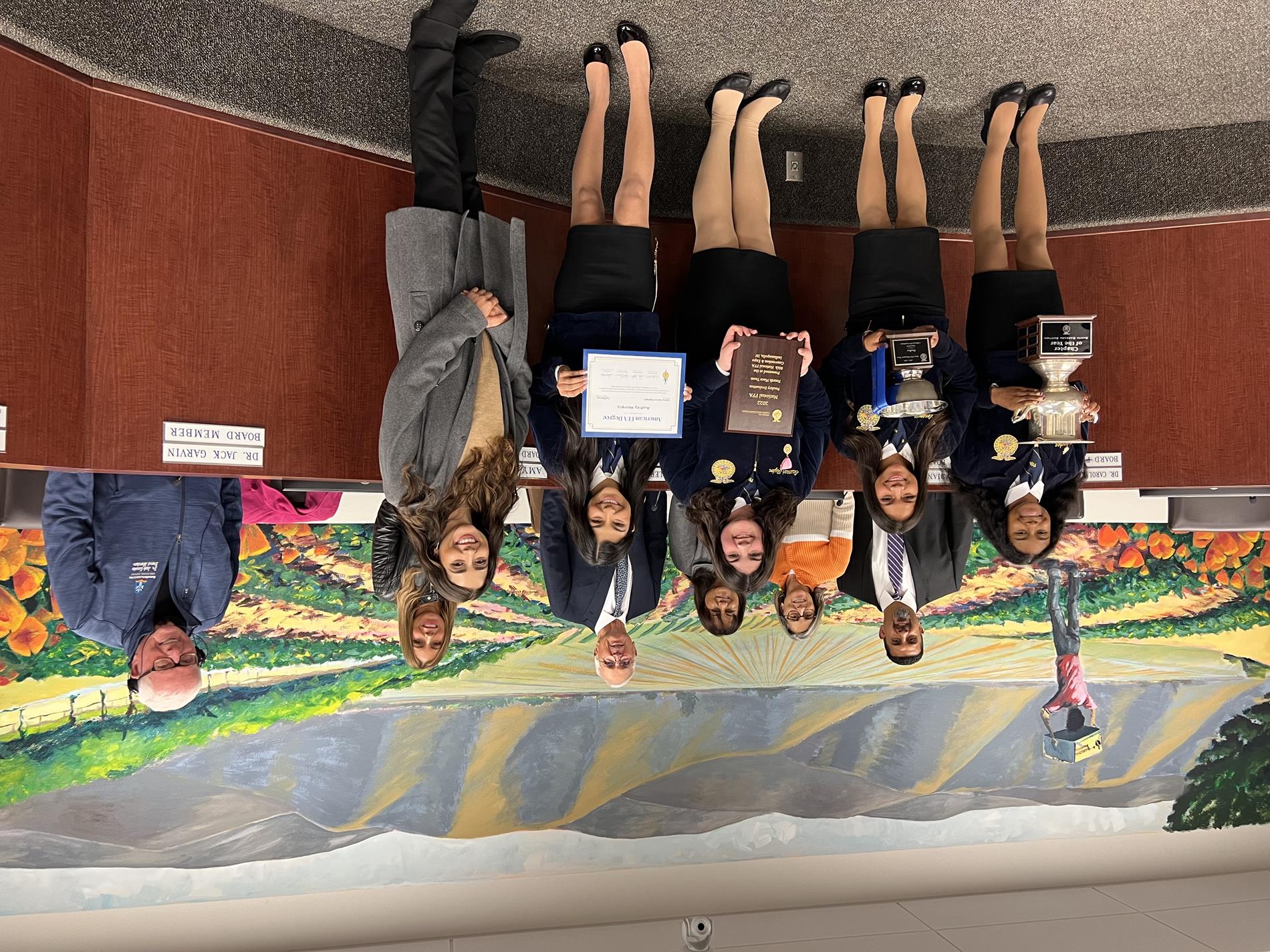 The team was named state champions at Cal Poly, San Luis Obispo in May of 2022. The state champion team then qualified to represent California at the National FFA Convention in Indianapolis, Indiana, which takes place every year in October. This is the second year in a row where Righetti represented California in the Poultry CDE contest.

Savannah Taylor, who placed 6th in the event, states, “Attending the National Convention was one of my favorite experiences in the FFA. I never thought I would place 6th in the nation and represent my home state of California in the National Contest.”

Jada Sanchez, “This journey gave me the opportunity to travel out of state and has provided me with industry connections at the National level.”

Adreana Longoria, “Being able to compete at the National level and placing top 4 in such a competitive contest with my team was the greatest experience.”

Coach Amy Guerra, “I’m extremely proud to see how much this group of girls have grown. Their determination to do their best and their confidence with public speaking led them to great success. The team created memories and gained skills that they will use throughout their life.”

According to the National FFA Organization, students who participate in the event select live meat- type chickens for broiler breeding, evaluate and place live egg-type hens, and rate the finished product by evaluating and grading ready-to-cook carcasses and parts of chickens and turkeys. The contest started off virtually in September, where participants took a rigorous examination on Poultry management. The contest includes an oral component where contestants give oral reasons on turkey carcasses and leghorn hens to professionals from Tyson and other poultry companies. They are also scored as a team for a presentation on a given scenario presented at the event.

Members of the team each brought home a scholarship, plaque, and an all-expenses paid trip to the International Poultry Expo in Atlanta, Georgia in January of 2023.

The Poultry team was invited to do a special presentation to the SMJUHSD School Board on Tuesday November 8, 2022. Members of the Poultry team shared their experience and journey to their success.

Righetti FFA also had 4 students receive the highest honor in the National FFA Organization, the American FFA Degree. Two of the recipients attended the convention with their parents. The students included Audrey Herrera and Enrique Hernandez.