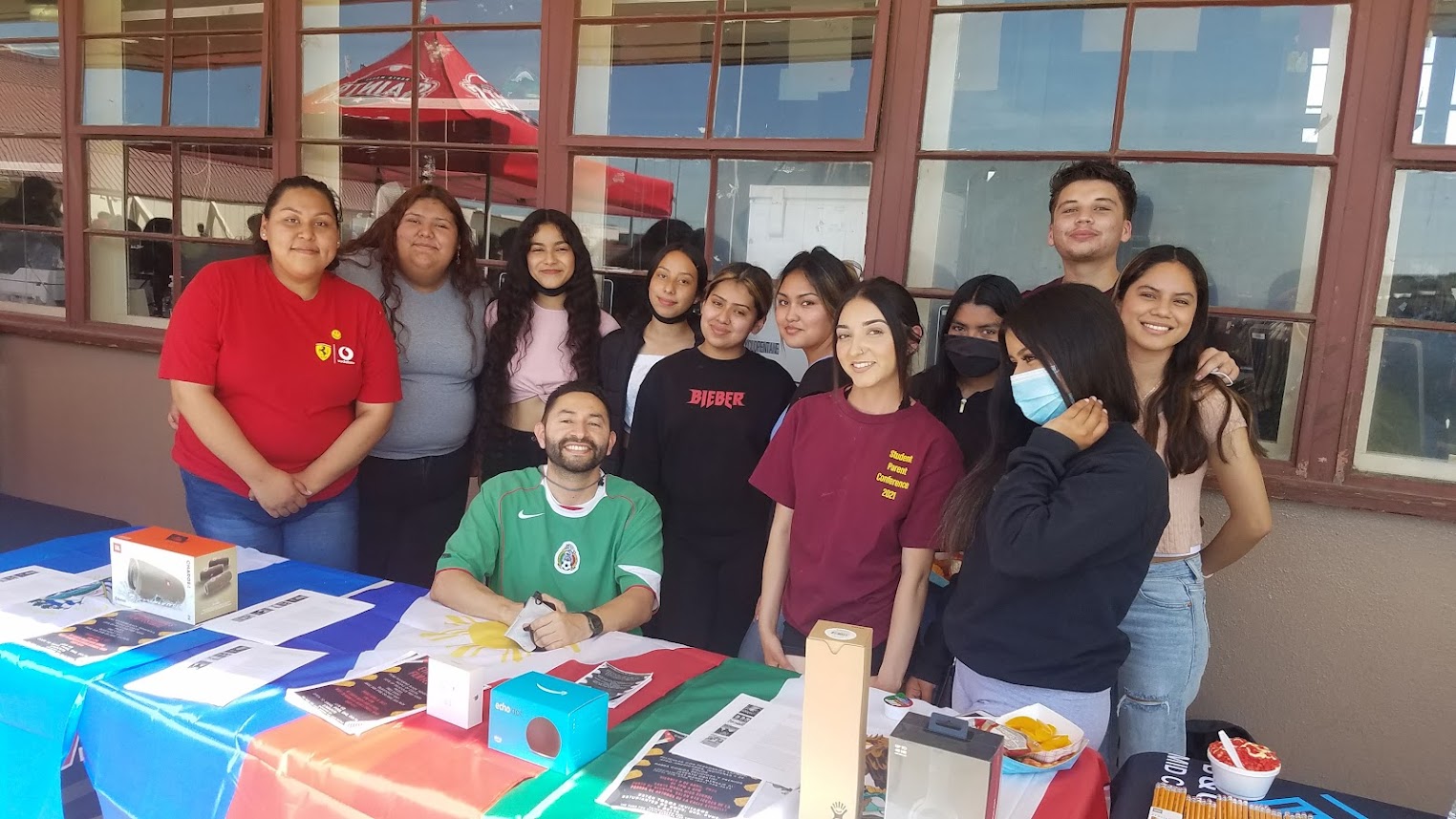 More than 160 students from SMHS, PVHS, RHS and DHS enjoyed watching films such as, “El Norte,” “The Hate You Give,” “Spare Parts,” “Voces Inocentes,” “Panther,” and many more. Students ate pupusas (a delicious Salvadorian dish), Filipino cuisine, aguas frescas, and cake pops for dessert. Attendees also had the chance to win great prizes such as wireless earbuds, Bluetooth speakers, flags from various nationalities, Korean snack boxes and much more.

“With most of the students at SMHS being from a Hispanic/Latino background, the Ethnic Studies Film Festival was a way that students were able to see different backgrounds as well as their own – and see that Latinos and people of color are much more than the stereotypes that some Americans have put on us. Helping to organize an event like this helped me with my confidence, public speaking, and time management. Plus, everyone just had fun!” - Lupita Tovar, Junior

“This film festival positivity influenced those who attended. They got a chance to see people like themselves do amazing things. They saw themselves as artists, scientists, and much more. For once they were more than just background characters.” - Dira Sanchez, Senior

“We would like to thank Youth Making Change and the Fund for Santa Barbara for sponsoring this event. We want our project to make people of color in our community feel accepted. Looking at the demographics in our schools or even in the whole state of California, most of us are minorities, making up more than half of the population.” - Guadalupe Arcos, Junior

“I am so proud of all the students and staff that came together to put on such a successful event. Our students dedicated countless hours during lunch and after school to organize this unique experience.” - Ricardo Valencia, Chicano/Latino Studies Teacher